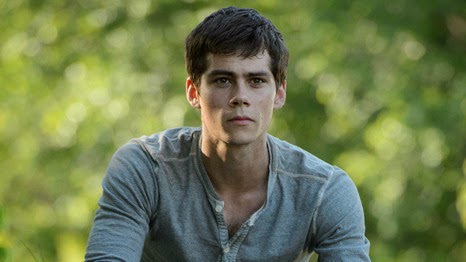 
It's safe to say that movie audiences are a little obsessed with dystopia right now.  The Hunger Games, Divergent, The Giver; young adult novels are more popular than ever, especially those that deal with a post-apocalyptic future in which teens struggle for their mental or physical survival.  And adults aren't immune to this movement.  I read The Hunger Games series, the City of Ember books, saw all the film versions; they sucked me in with the rest of the country.  And now we have The Maze Runner, another teen book trilogy set in the near, unhappy future.  Kids fight for their lives, battle incredible sci-fi monsters, attempt to figure out just what the hell is going on; pretty typical stuff these days.  But this film, unlike some of the others, did one thing terribly wrong and so failed to win me over; it forgot to let me in on the joke, to tell me the truth, to give me an outside overview.  I'm still trapped in the maze, and I'm not very happy about it.

Thomas doesn't know who he is.  He doesn't know why he's in a field surrounded by high walls, he doesn't know who all these other boys are, he doesn't know what happened before this current moment, and at first he doesn't even remember his own name.  He's been thrust into a completely foreign world; only the first of many terrible things that are about to befall him.  The others tell him that they were all delivered to this grassy plain the same way, through a Box in the ground.  They call their home the Glade, which is surrounded by the Maze, a labyrinth of ever-changing walls that they assume leads to the outside world.  Members of the tiny society called Runners have been tasked with mapping the Maze, leaving at dawn when the gates open and returning at sundown when they close.  For years the boys have been trying to solve the puzzle of their situation, but perhaps Thomas is the key.  He and a girl who follows him up the Box seem to be special, to be involved in some unique way, and to have the ability to finally defeat the Maze, its dangers, and its secrets.

Despite the unoriginality of the concept, I was actually hopeful that The Maze Runner would be a solid film in a popular genre.  Obviously it's awfully similar to The Hunger Games: Catching Fire; the arena, the death traps, the desire for freedom.  But actually James Dashner's book came out in 2007, two years before Suzanne Collins' second novel.  Not that it matters; all these teen dystopic stories feel pretty similar and often share the same ideas.  I just hoped that this particular one would come off more Stephen King than Veronica Roth.  Well, it did, but only kinda.  It left out the sappy love story, stayed dark, killed off characters, so for that I give it credit.  But it failed to escape the banality of the modern YA sci-fi genre that seems to be haunting both literature and film.  It wasn't fresh, wasn't a new take, wasn't surprising, didn't excite.  It brought us more of what we've already seen; cold-hearted controllers, angsty youth, a harsh society of drab lives, and very little faith that things can get better.  Something original would have been greatly appreciated; sadly there was nothing.

And don't forget the details; those were bad too.  The action was horribly filmed.  It was too messy, too close up, too dark; I could never see the movements of the characters clearly when they were fighting against the evil Grievers, mechanical bug-things that prowled the maze.  Just pan back, show a bit more detail, let us see how the boys could possibly fight off giant machines using their tiny sharpened sticks.  That was a problem throughout; the insistence from the film that audiences don't ask questions.  A character actually said at one point, "whatever you can think of to try to escape we've already done."  Oh really, like building a scaffold to reach the of the wall, a job that would take three days, not three years?  The film was littered with similar plot holes, and even failed to wrap up the over-arcing story.  I understand that there are two more books in the series and that I'll probably have to read those or wait for the other movies if I want to know all the answers.  But shouldn't I, an intelligent adult, be a little less confused after watching a film that was meant for tweens?  The end of the story only adds more questions, more non-specific references, more frustrating teases that didn't make me want more, but rather made me want to go back in time so I could watch less.  Figuring out this film was like being trapped in a maze myself; watching it was like revisiting every post-apocalyptic movie ever made.  Unless you're a 13-year-old, I'd recommend staying away from The Maze Runner; you won't miss anything but dissatisfaction. 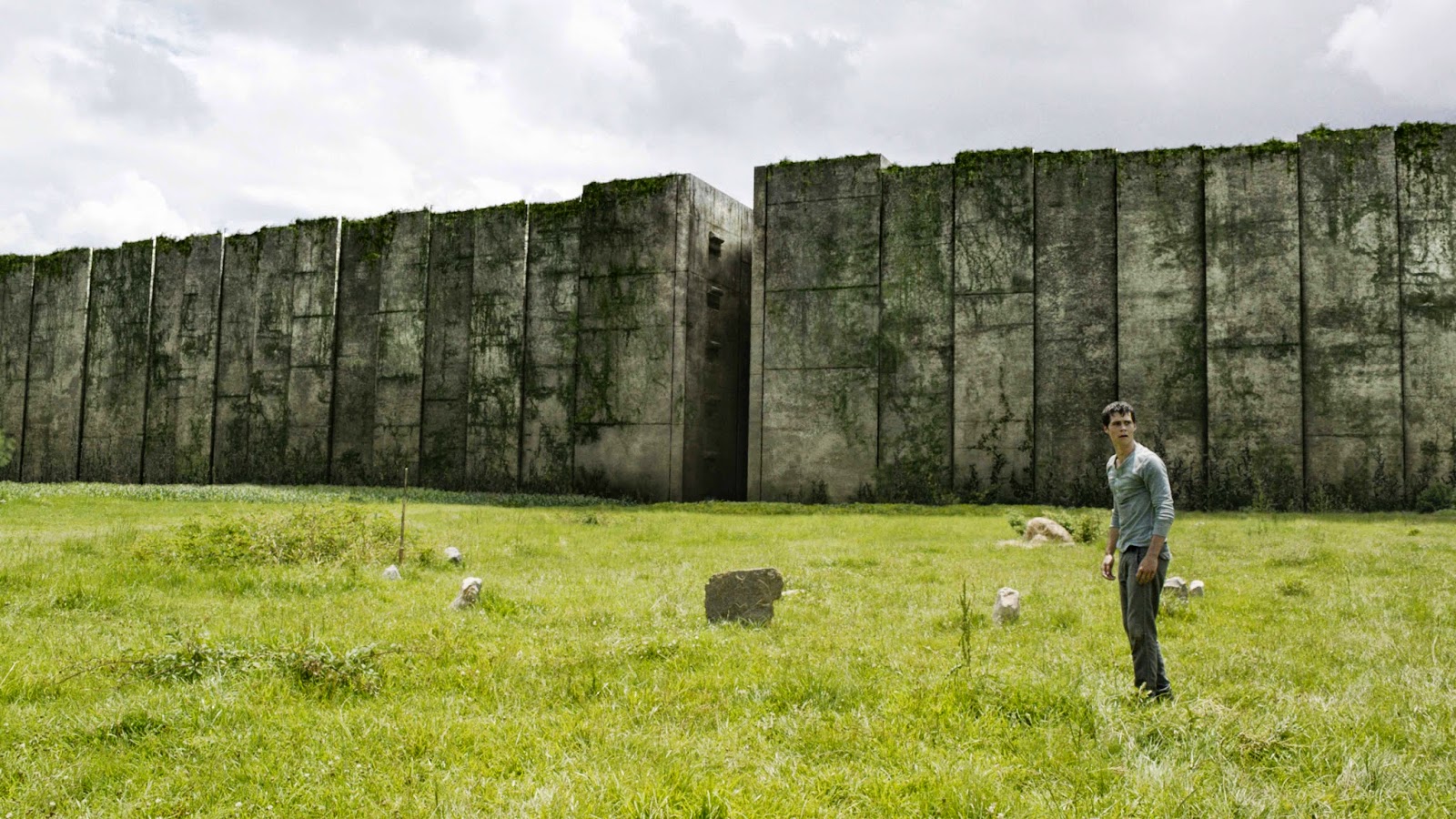