Movie Review - A Walk Among the Tombstones 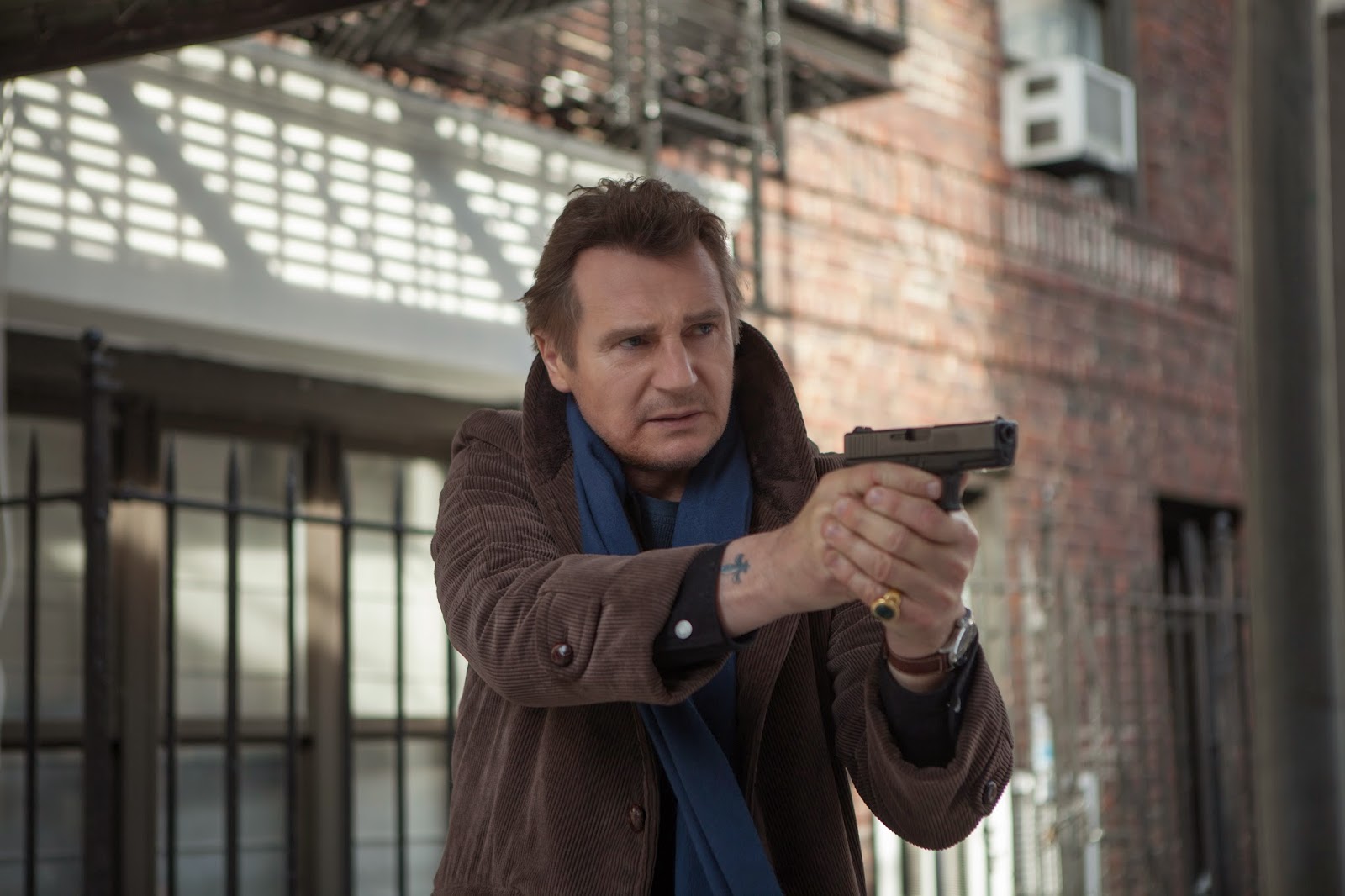 Liam Neeson is always walking around very carefully with a concerned look and a gun.  I guess I would too if I was constantly hunting dangerous people around corners and in tight spaces.  This seems to be his role these days; the cop/ex-cop/special agent/ex-special agent who has some dirty work to do and doesn't mind shooting his way through it.  Taken, Taken 2, Non-Stop, A Walk Among the Tombstones; these are the movies that Liam is in these days, and it's up to us to understand what we're about to see when we step into the theatre.  This film isn't a shocker in any way, it's just another in a long line of good guy vs bad guy stories that entertain us even though we know they're actually not very good.

The plot begins eight years earlier than the bulk of the story, in New York City in 1991.  Matt Scudder is a cop who is also an alcoholic, a guy with a problem that's about to end his career.  After a shootout with some robbers in which Scudder kills many of them while drunk, he sobers up and becomes a private investigator.  Fast forward to 1999 and a murder that begs for revenge.  A local drug trafficker hires Scudder to find a pair of men who kidnapped his wife, took his money, led him on a wild goose chase, and then killed her anyway.  The search must be kept off the record for obvious reasons, and the ex-cop takes the job.  But it's not as simple as one kidnapping and one execution, there's a pattern in play and a duo of psychopaths that will make this a hard case to solve & survive.  With the help of a young boy from the streets, and using the instincts that have always served him well, Scudder will find the men responsible for the deaths of so many beautiful young women and bring them to justice. 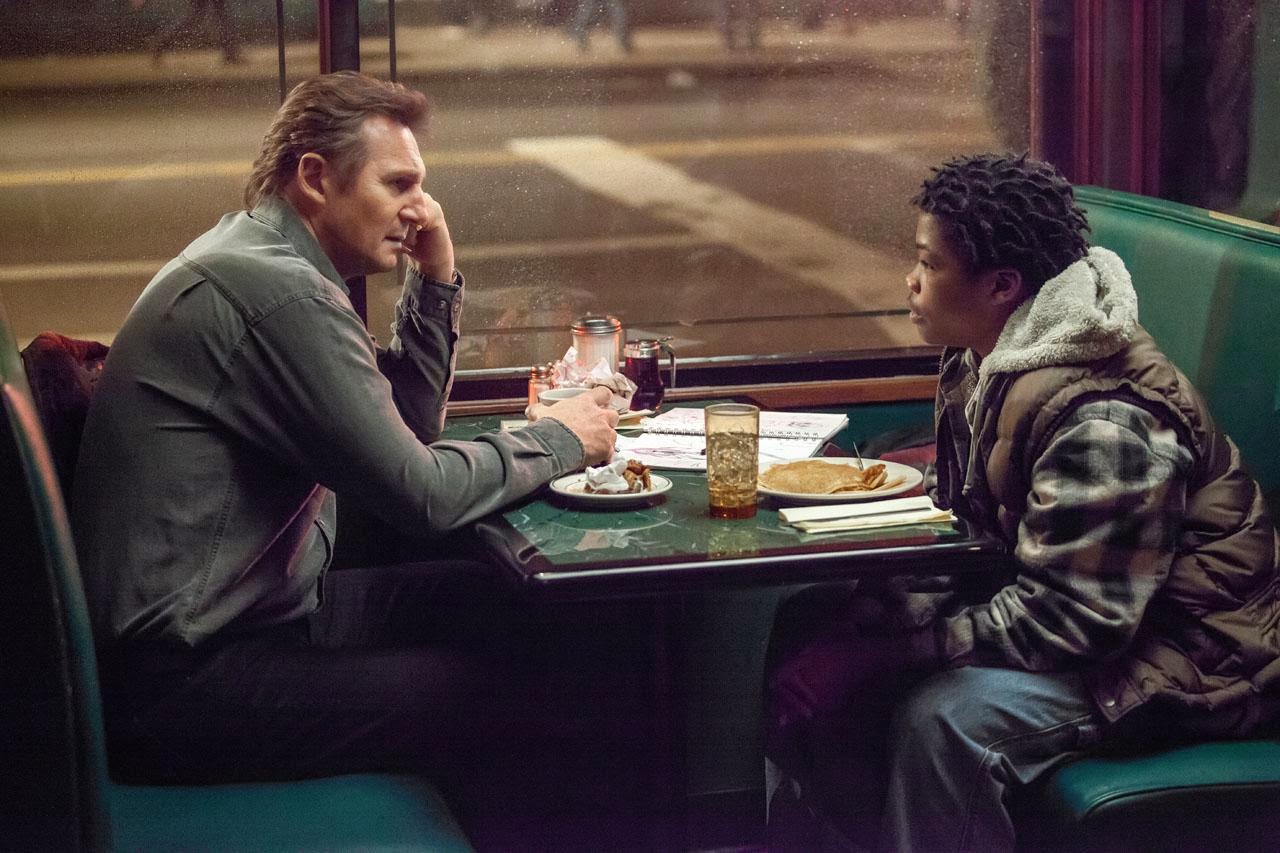 There is no way this film should surprise or disappoint anyone.  It's exactly what it looks like; a crime/killer/suspense/mystery/shoot-em-up movie whose goal is to entertain, if darkly, nothing more.  Drug dealers, DEA agents, serial killers, hand guns, pay phones, graveyards, creepy vans; it's got it all, what more could you ask for?  I'm not saying that it's a brilliant piece of cinema, of course not, but it never tries to be anything but what you can see on the surface and never let's audiences down.  By now you should know what to expect when going to see a Liam Neeson action film and be prepared in advance for what you are about to witness.  Don't come hoping for stirring depth or emotion, don't look for a lot of laughs and karate moves.  Sit for one-hundred minutes of gritty, bloody suspense and enjoy yourself if that's your thing; stay home if not.

For me, it wasn't the genre that I came for, it was Liam Neeson.  I knew the movie wouldn't be to my exact taste, wouldn't blow me away with anything original.  I figured it would be dark, cool, action-packed, perhaps throw-away.  But I wanted to see Neeson; he's a great actor.  I know he doesn't always participate in the highest quality projects, I know he's getting a little long in the tooth, and I know some people find him a little bland.  But to me, the guy can almost do no wrong.  He always brings a certain swagger to a film, a special superior presence that can't be faked.  He's got "it", whatever "it" is, and he's got it to spare.  That's why audiences always eat up the movies that he stars in, because yeah sometimes they're not good, but he's always there.  He's always looking at you from those Liam eyes, talking to you with that Liam voice, and no one will ever do things the way he does 'em.  I for one will enjoy his semi-crappy films while I can because at least they entertain and he won't be around forever. 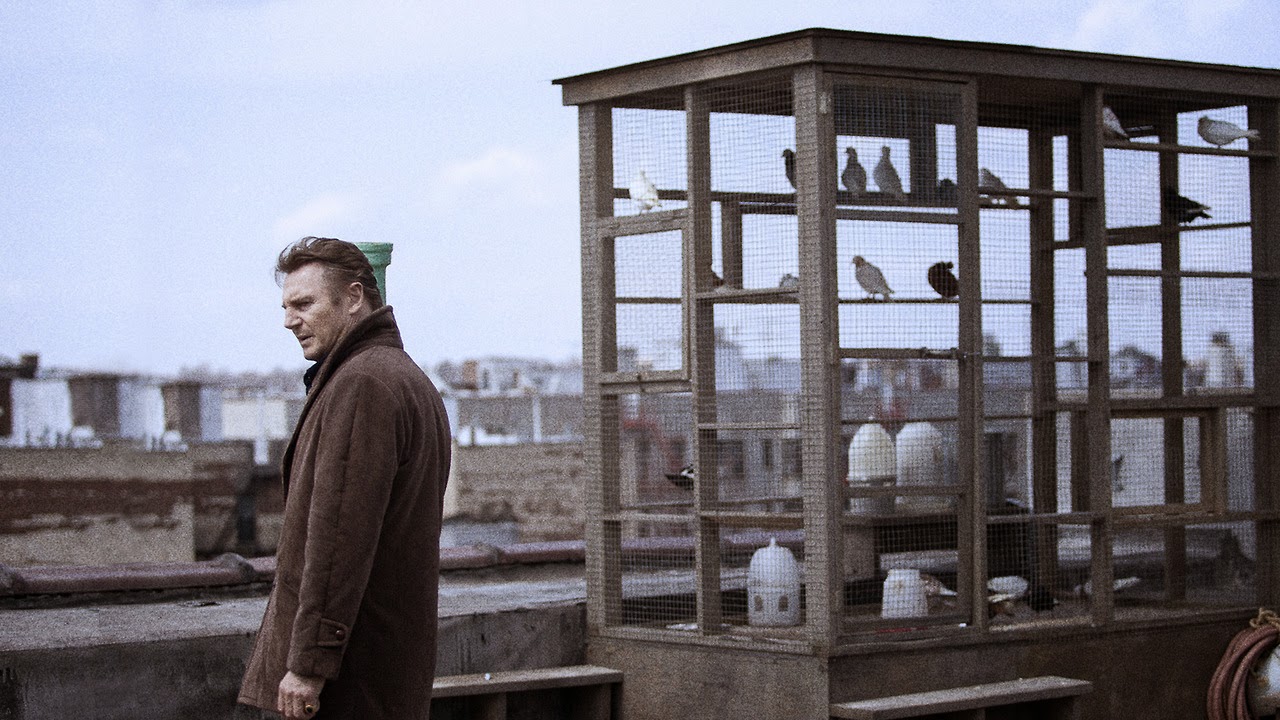