Movie Review - Under the Skin 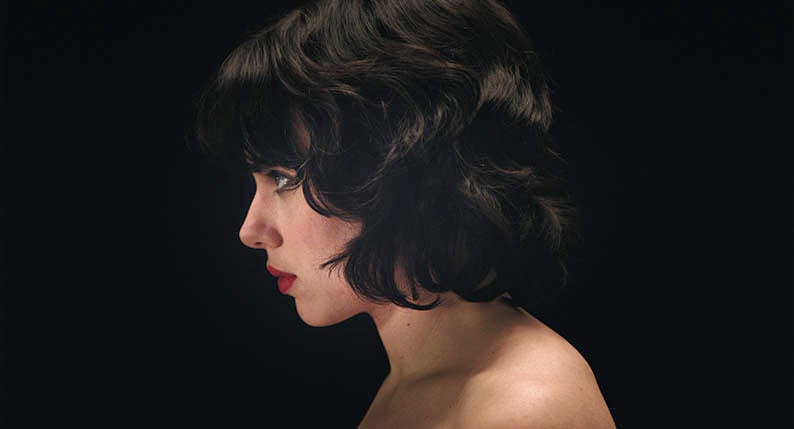 
They had me at "Scarlett gets naked."  Now, before you call me a pig, they also had me at "sci-fi movie," so I think somehow it balances out.  But in all seriousness, who among us doesn't find Johansson to be absolutely beautiful and isn't intrigued by her first role with full nudity?  I know which of my reviews you all are reading, I get the stats, and I know that sex sells, even in film critique form.  My Nymphomaniac review gave my blog a big jump in page views, and I assume it isn't because people love Lars von Trier so much.  It's because we're intrigued, we want to see, we want to know, we're all voyeur's at heart.  Well, feast your eyes because Scarlett gets naked.  But there's more here than that, and the sci-fi element that also  excites so many of us might be the more titillating of the two.

Prepare yourself for bare bones cinema.  The characters in this film don't have names, rarely speak, and participate in a plot that makes very little logical sense.  The lead is a seductive female who may or may not be human.  She sure looks it, but she sure doesn't act it.  Her days are spent driving around in a van through the cities of Scotland, looking for men who seem to be all alone.  She then engages them in conversation, entices them back to "her place", and then goes back out again sans said gentleman.  What goes on in the darkness is difficult to understand, but it's definitely not natural, not Earthly, and not pleasant.  This woman seems, on the surface, to be totally devoid of emotion, completely without feeling of any sort, exhibited time & time again by her complete lack of action in situations that almost demand some sort of human reaction.  But this frigid manner doesn't last, she begins to feel perhaps, or at least to notice, to understand that her skin, her body, the men she's stealing from the world, are real, are in existence, and that so is she.

Feeling torn?  It's that kind of movie.  On one hand you have the gorgeous Scarlett Johansson playing a sexy seductress in a bit of a thriller, on the other you have a film in which no one says anything and nothing happens.  It's obviously not that black & white, you're just going to have to watch it to see that, because there's only so much I can say to explain.  Call it what you will, a stream of consciousness film, a sensationalist story, it doesn't matter, what you're saying is that it doesn't follow the standard rules.  And that's not a bad thing.  What we have here is a movie that relies not on our expectations but on our emotions.  If we watch closely enough we can see the minute changes in the main character's nature, her growing emotional sensitivity, her inner struggle against something that we can't possible understand.  But we can understand some of the meanings behind the actions, some of the metaphors represented by this outlandish sci-fi narrative, some of the deeper points that lie underneath the fact that this woman may not be a woman at all.  It's a fascinating film, one that elicits comment, one that messes with your mind, one that has a lot to say while speaking very quietly.