DVD Review - I Killed My Mother 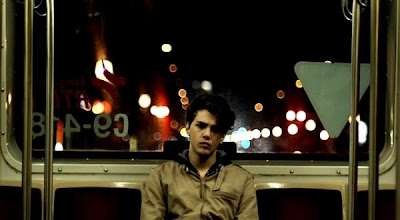 
I don't see a lot of films coming out of Canada.  Or maybe I just don't know that I do.  The few that I'm sure I've seen have either been very American or very French, seeming more a part of those countries then having their own national feel.  The Lesser Blessed was decidedly American, a story about high school angst that could have been set in any northern town.  I'm sure it didn't help that the film was in English and that my own ethnocentric tendencies made it all about me.  On the flip side, I Killed My Mother was decidedly French, having almost an Amelie undertone.  It is set in Montreal, Quebec where the director Xavier Dolan is from, and I'm sure there are subtle differences between that region's films and those from France, but to me they seemed very similar.  Anyway, the story isn't about the area, it's about the boy, as Dolan wrote, directed, and starred in this semi-autobiographical film set in his home town and giving audiences an uncomfortably candid look into his past. 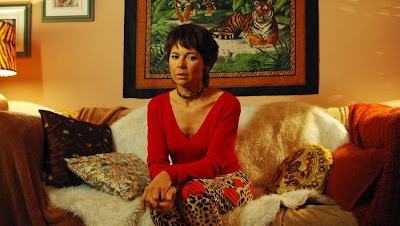 In the film, Dolan basically plays a version of himself, a 16-year-old named Hubert.  Talented in painting, writing, film-making, Hubert is an artistic bohemian trapped in the suburbs of Montreal.  His grades are not the best, though his intelligence is unquestioned, and he wants desperately to move into an apartment of his own.  The reason behind this is his strained relationship with him mother.  They used to be close, could talk about anything, but recently they have become constantly at odds, screaming at each other, always criticizing, enemies who deep down love one another.  Hubert feels like his mother doesn't understand him, and he's right.  She doesn't because he hasn't been honest with her, hasn't revealed to her that he is gay and in a relationship.

When she finds out about his secret life, Hubert's mother attempts to understand her son and accept the fact that he has changed beyond her understanding.  But old habits and old hatreds don't just disappear after a revelation, no matter how important.  Arguments erupt, Hubert runs away, and his mother feels compelled to place him in a boarding school; not only to fix his grades but to give him what she feels is much needed direction.  This is the final straw for Hubert, and he believes that he will never love his mother again. The pair must try to understand each other if they are to have any hope of mending their relationship; a difficult task given Hubert's distance, his new lifestyle, his experimentation with drugs, and his deep seeded resentment. 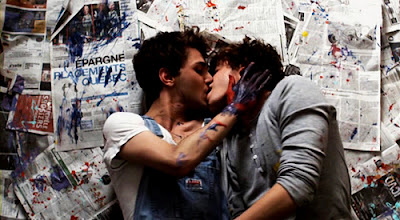 The summary of the film doesn't do it justice.  It all sounds a little trite; a young man's struggle to overcome his mommy issues and grow up to become who he wants to be, a mother trying to love her son despite his resistance and her own shortcomings.  It sounds silly, but it isn't.  The film does enough right to overcome the trappings of what could have been a very dumb plot.  But it wasn't.  Instead it came off as honest and relatable, a story that we all can connect to on some level.  Hubert's being gay didn't really matter, nor did the fact that it was his mother who he was fighting with, nor was his age important.  There was something in the story that we have all felt; anger, resentment, boredom, the feeling of being trapped.  And it was those emotions that became the focal point of the film, not the details of the plot.

The film needed very strong actors in order to pull off such a complex drama, and fortunately they delivered.  Anne Dorval was excellent as Chantale, Hubert's mother.  Not only was she a very deep character, but she was funny as well.  The sort of funny that hurts a little, but funny nonetheless.  She was able to be extremely believable while still being very dramatic, which a ton of Hollywood actors can't pull off.  And Dolan himself was very strong as well.  I guess it's not surprising that he played himself well; who better to show how he felt at this time in his life?  But it couldn't have been easy, to write the script that bares your emotions to the world, act it out on camera, and direct the film that puts it all together.  That aspect alone is pretty impressive.  It doesn't make the movie a success that he worked so hard, but the effort is obvious and helps to make the film feel that much more realistic.

It wasn't all perfect though.  The film was a little slow at times and perhaps too reliant on dramatic screaming matches.  Raising your voice can hide some imperfections in your acting and can heighten the intensity of a scene.  But I don't think they were yelling just for the sake of it.  The arguments were necessary to the story, but they did get a little too numerous.  Also, the hand-held camera scenes were a little forced, and the dream sequences were a little silly.  I didn't feel like they were needed; the "real life" mood of the film was good enough and didn't need gimmicks to help it.  That said, I guess 16-year-olds are dramatic, so perhaps the over-the-top moments can be forgiven because that's how the director saw the world at that time in his life.  Regardless, the imperfections were minimal and didn't hurt the quality of the film. 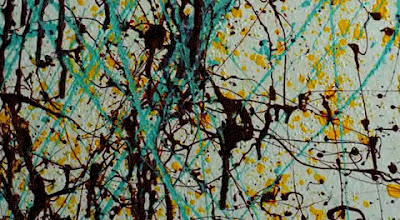 Video - With an aspect ratio of 1.85:1, the video was just fine.  The film was shot using a Red One camera, and the picture quality was nice but not amazing.  There were some very beautiful shots though; Dolan has a good eye for a dramatic visual.

Audio - The sound was done in Dolby Digital, with your choice between Dolby Digital 5.1 or Dolby Digital 2.0.  The sound quality of the film was fine, with nice background music.  There were a couple spots where the the voices were soft and the music was overpowering, but some of that could have been done for effect.

Extras - There are a couple extras on the disc.  About Kino Lorber tells a little about the distributor.  There is also a theatrical trailer and a stills gallery. 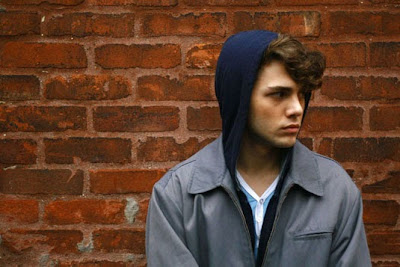 Recommended.  I Killed My Mother is a strong film, especially for a first time director who also wrote the script and starred in the movie.  He was twenty at the time and made a great debut.  The film was well acted and well made, with a simple story that was easy to relate to.  The video, audio, and extras were just fine, but not very exciting.  All in all, a very nice movie that was easy to appreciate.