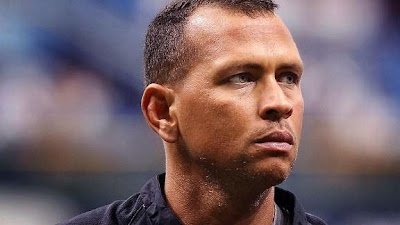 If you follow the sports world at all you've heard about Alex Rodriguez, Ryan Braun, and the entire PED scandal in baseball.  It seems like sports radio can talk about nothing else other than the suspension of A-Rod for this year and next year, possible ending his career.  All of this results from his use of performance enhancing drugs and his supposed cover up, lies, and uncooperative nature.  The amusing part of the story is that he made his first appearance of the year for the Yankees on the very day that he was suspended.  The ban doesn't officially start until Thursday, and he will appeal it anyway, pushing back the start of his suspension if he loses, lessening or eliminating it if he wins.  All of the other members of the Biogenesis scandal accepted their suspensions, leaving Alex as the lone fighter against what seems to be a hopeless cause.

I want to touch on one aspect of this story, and that is fan reaction.  I watched last night as A-Rod took his first at bat in Chicago vs the White Sox.  He was booed loudly and with vigor.  If he's guilty of cheating, which everyone assumes he is, then I guess he ought to be booed for breaking the rules and then lying about it over and over again.  And I won't even broach the topic of his possible innocence; people could be booing a man who is telling the truth.  Doubtful, but not impossible.  I know this isn't a murder trial, but couldn't we call him innocent until proven guilty if we were feeling giving?  But that doesn't seem to be the sentiment, and most likely the fans are justified in their jeers.

But what about your own team's roster?  How many dopers does it have on it?  One clinic leaks some names and a dozen players get suspended for drug use, ranging from All-Stars to nobodies, NL guys, AL guys, pitchers, hitters.  How many other players are taking PEDs, cheating in essence, and just haven't got caught?  We're crucifying A-Rod and Ryan Braun, but are they the exception or the rule?  I think we need to be careful where we point our fingers.  I know, as a Cardinals fan, that I'm a little wary about name-calling because there are some things that could be brought up about my team.  Like the fact that Mark Maguire, an admitted steroid user, was the hitting coach for a couple years in St. Louis and for some reason the Cardinals power numbers spiked, people had record years, and we won the World Series.  Did he just show them a better way to swing or did he give them a better injection to take?  Who knows, I'm not making any accusations, but it seems fishy.  Every MLB roster could be full of PED users, and honestly a lot of guys probably have to juice just to keep up with their competition and keep their roster spot.

And announcers and analysts better be careful too.  These ex-players seem to be just a little too vehement about their disgust for doping, their abhorrence for the breaking of the rules, their claims that they've never even seen a steroid.  OK, some of you are lying.  Some of you are juicers, or were when you played, or knew your entire team was cheating.  So don't get all "high & mighty" about A-Rod, because the more you preach the guiltier you look.  And perhaps that's the point I'm trying to make; our favorite teams, our iconic players, our heroes, some of them cheated.  Maybe a lot of them did, we'll never know, but one or two key guys get caught and we turn into a lynch mob.  I don't think we want to know everything that's going on behind the scenes; it would probably ruin the sport we love and bring all our castles in the clouds crashing down.
Posted by Olie Coen at 11:13 AM