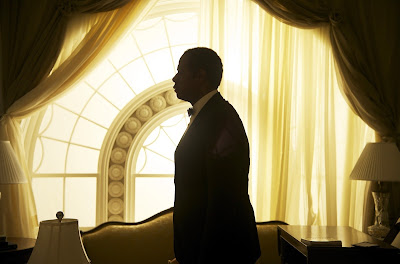 
I have a problem with directors putting their names before a movie's title.  Right or wrong, I immediately think I have an idea what that director might be like, and it's not positive.  It shows a certain arrogance and conceit to claim a movie as your own in such blatant ways, even if you were the primary mind behind the film.  Now, Lee Daniels himself supposedly didn't like the idea, but had to do it because the original title was already taken.  So maybe he was "forced" into doing it, coerced into giving himself more credit than usual.  But regardless, to me the harm was already done.  That famed fourth wall was already damaged by pushing the director's name at me, by reminding me that this isn't reality, that it's a film made by people to try to make me feel a certain way.  Well, if that's the direction you're going you had better go all the way, and surprisingly that's exactly what they did.

The title character of the film is, yes, a butler; an African-American man originally from the deep South named Cecil Gaines.  As a child in the 1920s living on a cotton plantation, Cecil would get an early & first hand account of the brutal treatment of the black workers by their white bosses.  His father dead and his mother driven to madness, Cecil slowly moved north in search of food, work, and freedom from hostility.  He would eventually find work as a butler, even landing the coveted job as a member of the White House staff in Washington D.C.  There, Cecil and his family lived in peace while the years, and the Presidents, rolled on by.  But although the North was a relatively progressive place to live, the South was still mired in racism, violence, and oppression.  And when Louis Gaines, Cecil's son, sets out to make a difference, to change the world, the peace of the family is shattered and the vigilant butler must watch the country around him change; leader by leader, law by law, and death by death. 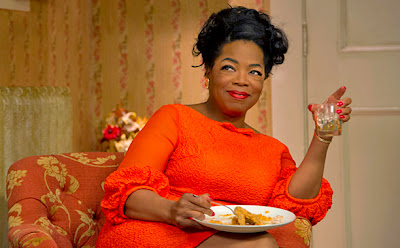 When I say they went all the way & just destroyed the fourth wall, I mean exactly that.  There was no pretense about it; every chance the film had we were reminded that these were actors, not real people in real events.  That might sound a little silly, because of course they're actors, but most movies go to great lengths to hide that fact from us.  But not this one.  At every turn there was another semi-ridiculous cameo: Mariah Carey as Cecil's mom, Lenny Kravitz as his co-worker, Robin Williams as Eisenhower, John Cusack as Nixon.  The list goes on and on and there was absolutely no shame in the amount of famous faces paraded across the screen.  But the thing is, it worked.  Not once did anyone in the movie fake a performance or try to "become" the character.  These were storytellers in an epic tale of American life.  Actors, yes, but re-enactors more than anything else.  History was related to us in fine detail through the eyes of a real life butler played on screen by another man, in a movie created by a director on manufactured sets, in a time that is starting to forget that the privileges we have today didn't always exist.

I bought in to the story, which happens to be true, because I didn't feel mislead in any way.  I liked the style the movie was done in, much better than other historical dramas; like Lincoln, which I liked just fine but found to be so over-dramatic that it became oppressive and dull.  This one was more like Forrest Gump, with its simple narration, quick timeline, and occasional humor.  It wasn't as good as that film, but it was still an interesting look at a fascinating time.  Now unlike Forrest Gump, the acting in The Butler didn't elevate it beyond what the story had to offer.  Forest Whitaker was fine as Cecil Gaines, a great vehicle for the movie.  Oprah as his wife Gloria was a little over-the-top and often forced.  The various actors who played the revolving Presidents were all fine, if a little forgettable.  And that could be said about the movie itself; the way the film was delivered was refreshingly clean, the acting was good all around, but by the end I was left feeling underwhelmed.  I liked the story, I liked the characters, but about half way through I got the point and the rest of the movie felt a little like history class.  For a film that is getting Oscar buzz, there's not too much that's going to make you jump out of your seat.  It was good, not great, not extremely memorable, but it is definitely worth your time and worth watching. 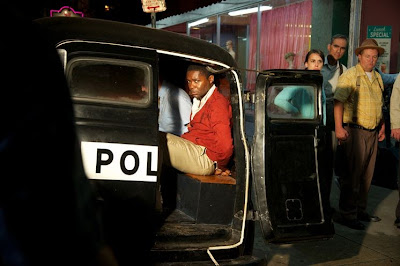