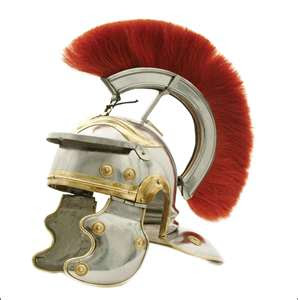 Here is my fantasy football team roster going into the 2013 season.  The Draft didn't go exactly the way I imagined it would, but I feel like I ended up with a good team.  Forward legionaries!


QB - Matt Ryan (Atl) - I had Matty Ice last season and he was solid.
QB - Josh Freeman (TB) - I also had Freeman as my backup last season; could be worse.
RB - Arian Foster (Hou) - Yes his injuries worry me, but I'm hoping for a good season total.
RB - Maurice Jones-Drew (Jax) - Should be back strong and he's in a contract year.
RB - Lamar Miller (Mia) - Could be a sleeper and a possible flex guy.
RB - Daryl Richardson (StL) - Same for Richardson; we'll see if you turns into anything.
WR - Julio Jones (Atl) - Julio!  Along with Matt Ryan he should provide consistent points.
WR - Marques Colston (NO) - Always a favorite in NO, though I would have liked Graham.
WR - Dwayne Bowe (KC) - A fine backup/flex guy, we'll see if Alex Smith throws to him.
WR - T.Y. Hilton (Ind) - Not excited about him, picked him up late.
TE - Jermichael Finley (GB) - I'm hoping he & Rodgers keep that chemistry going.
TE - Zach Miller (Sea) -What can you say; backup TEs aren't worth much.
K - Justin Tucker (Bal) - A nice young kicker, should get me some bonus 50+ FGs.
K - Garrett Hartley (NO) - He could be a starting kicker if NO gets going.
Def - Chicago - I'm hoping for a large TD total, if not quite as good as last year.
Def - Washington - Backup defense, shouldn't see much action.
Posted by Olie Coen at 11:41 AM