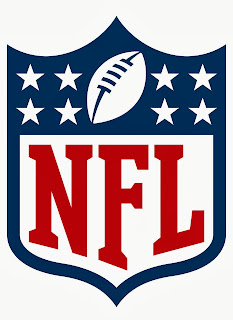 SF @ STL - There has got to come a week in which the Niners get back on track, and that time could be now.  Neither of these teams are scoring or stopping other teams from scoring, but San Fran has much higher potential and could turn in on this week vs a mediocre Rams team.

Bal @ Buf - I hesitate in picking too many away teams to win ballgames, but here's one I think will go that way.  The Ravens played bad vs Den, OK vs Cle, and good vs Hou.  So perhaps they're in for a great week at Buffalo, facing a team that is fun to watch but not special.

Cin @ Cle - It would be very much like the Bengals to beat the Packers and then lose to the Browns.  Andy Dalton and the offense need to step up their level of play to match their defense, as Cleveland's D is no joke.  This could be a messy game that ends in a last minute FG.

Chi @ Det - The Lions have been putting up points this year, but surprisingly not as many as the Bears.  Cutler has been doing his gunslinger thing, while the defense has been scoring too.  I'd pick the home team here, but I think Chicago has what it takes to win this game.

Sea @ Hou - The Seahawks have the best defense in football, allowing less than 10 points per game.  The Texans aren't pushovers, but they're not playing to their potential yet.  Look for a brutal game, close until the very end, with the Hawks winning it at the buzzer.

Ind @ Jax - It's hard to judge the Colts, they seem to be a bit up & down.  But it's easy to judge the Jaguars; they're awful.  They score less than 10 points per game and allow triple that.  Not good, and not the way to win even one game.  1st overall pick, here we come.

NYG @ KC - No other team is even close to allowing the points per game that the G-men do at 40, as they're clearly a team that can do no right.  The Chiefs on the other hand are 3-0 and tied for the division lead with Denver.  This ought to be a very lopsided victory.

Pit @ Min - Throw home field out the window; this game is being played in London.  So with no advantage, which team is better?  The Vikings score double the points the Steelers score, and Adrian Peterson might have a nice game against a D that is no longer scary.

Ari @ TB - There's a new QB in Tampa.  Josh Freeman is benched and Mike Glennon is the starter.  I think the team immediately responds to this fresh start.  Couple that with the Cardinals being winless on the road and I think the Bucs get their first win of the season.

NYJ @ Ten - These teams are almost identical.  Both 2-1, both have allowed and scored between 50 & 60 points, both have young athletic QBs.  But the key difference is that Jake Locker has a little experience and is playing at home.  That should be enough for a Titans win.

Phi @ Den - Again I'll knock on wood just in case, but this should be a no brainer.  The Broncos are undefeated, playing at home, and have score a ridiculous 127 so far this year.  The Eagles can score too, but they're not consistent, they're on the road, and they turn the ball over.

Was @ Oak - I guess I was a year too soon in being down on RG3.  He looks awful and his defense looks even worse.  The Raiders aren't great either, but they showed potential against the Broncos.  Will Terrell Pryor end up having a better year than Robert Griffin?

Dal @ SD - If you asked who was the better team right now I think a lot of people would say the Chargers.  But the Cowboys have a better record, score more, and allow less points.  The only problem is they're on the road.  Lets see if the Boys can win a tough game when it matters.

NE @ Atl - This just in; the Patriots defense doesn't let people score.  They only allow 11 points per game.  Now, Brady & Co. aren't scoring as much as they used to, but with Gronk returning and the young WRs finally stepping up, they're gonna start putting up some points.

Mia @ NO - Battle of the undefeateds.  The Dolphins are getting the job done in whatever manner they can and will be a tough matchup from here on out.  But the Saints finally have a good defense.  Pair that with their stellar offense and you have a team that goes deep into the playoffs.
Posted by Olie Coen at 10:33 AM