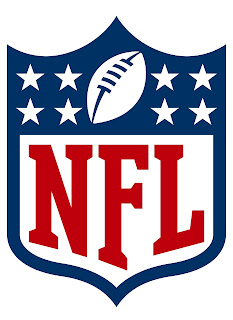 Bal @ Den - Here we go, the opening game of the season!  We all remember the playoff game between these two and the Ravens Super Bowl win.  But that was last year.  With a chance at revenge, I think the Broncos come into this game prepared, hungry, and ready to put up some points.

NE @ Buf - Tom Brady lost a lot of weapons from last season to injury, Free Agency, and murder charges.  So he might be in for an off year.  But for Brady that means he just wins instead of clobbers.  He'll win this game against rookie QB E.J. Manuel and the hapless Buffalo Bills.

Sea @ Car - If you wanna be the best, you gotta beat the best.  You should also be able to beat the teams that you're better than.  If the Seahawks want the world to see them as Super Bowl contenders, they gotta win tough road games against teams like Carolina, who aren't exactly pushovers.

Cin @ Chi - These teams are very evenly matched and won't see each other again until the Super Bowl, in theory.  They both have great defenses but only OK offenses.  Maybe special teams end up deciding the game, but I'll pick the Bears in their home opener; emotion is a underrated factor.

Mia @ Cle - The Browns have actually looked good this preseason and there is some hope in Cleveland.  Not much maybe, but some, and some is better than none.  I literally feel sad inside when I think about the Browns, and I want them to win a few games.  Week 1 could be a good start.

Min @ Det - Last season was not the best for the Lions.  Megatron had a terrific season, but he & Stafford didn't put up the points that are needed when you don't have a great defense.  Look for them to get back on track this year, starting with a game against a Viking offense that can't keep up.

Oak @ Ind - The Raiders are a mess, having just figured out who their starting QB is gonna be.  The Colts are the opposite, having chosen theirs for the next 15 years.  Luck should be able to put up enough points to make up for his team's mediocre defense and the Colts will win their home opener.

KC @ Jax - The Chiefs are a brand new team this year, with HC Andy Reid and QB Alex Smith.  They should be able to turn into a good team quickly.  I'm not saying the win the Super Bowl this year, but they will be much improved, and it all starts with a road win on opening day.

Atl @ NO - When these two teams met last year, the home team won each time.  I think Matty & Julio will put up great numbers again this season and that this game will be a barn-burner, but the Saints are playing angry this year.  They will win this game and the division for their beloved Sean Payton.

TB @ NYJ - Things are not going well for the Jets.  They lost CB Darrelle Revis to non other than the Buccaneers, they're starting rookie QB Geno Smith, and HC Rex Ryan is on the hot seat.  Geno Smith might end up just fine, but look for the Bucs to make his debut a painful one.

Ten @ Pit - The Steelers aren't the dominant team that they used to be.  Their defense isn't as feared, Big Ben isn't putting up the numbers, and they just haven't been playing like the champs they are.  However, this first game shouldn't be as hard as some other ones coming up soon.

GB @ SF - I know the Niners have a great defense, but I guess I'm just not on the Kaepernick bandwagon.  He played well down the stretch and man he's talented, but I see defenses figuring him out.  Now, the Packers don't have a good defense, but they have Rodgers and that's enough.

Ari @ STL - I like the addition of Carson Palmer in Arizona, and I think Larry Fitzgerald will benefit greatly.  But that may take a few weeks and the season starts now.  The Rams defense is a surprisingly good one, and new starting RB Daryl Richardson looks ready to go.

NYG @ Dal - Every year it seems like Romo, Garrett, and Jerry Jones are under the most pressure to succeed right now.  Well, I think this is the year it all comes together.  I like the Cowboys' chances of winning the division, and I think they'll show the Giants that they mean business.

Phi @ Was - As long as RG3 is under center the Redskins are a dangerous team.  They have a talented young offense, a good defense, and a coach who's been there done that.  But can he stay healthy, that's the question.  Chip Kelly's Eagles drew a tough first game and should lose a close one.

Hou @ SD - Two really strong defenses in this matchup, but the Texans have the offensive edge.  Arian Foster might be limited in this game, but he'll play and he'll make a difference.  I just have a hard time believing that Rivers can lead his offense to score enough points to match.
Posted by Olie Coen at 10:26 AM