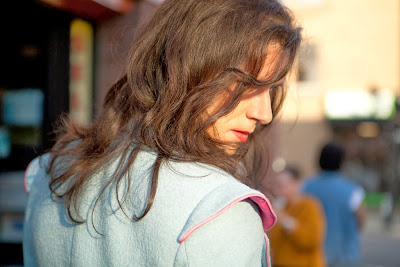 
The first Xavier Dolan film I watched was the first he ever made, I Killed My Mother.  It is a French language film out of Canada that has a decidedly European feel.  Dolan starred in it himself and also wrote the script; it is basically autobiographical and tells the story of his coming out and the strain that put on his relationship with his mother.  It's a solid film, especially for a kid making his first movie.  It was personal, honest, short, fairly straightforward, and came across the screen boldly.  All the same can't be said about Dolan's third film, Laurence Anyways.  It doesn't feel incredibly real and isn't presented with the ease that I enjoyed in his debut.  But there is one quality that saved this film from becoming an over-dramatic bludgeon, and that is some of the best acting that you're ever likely to see. 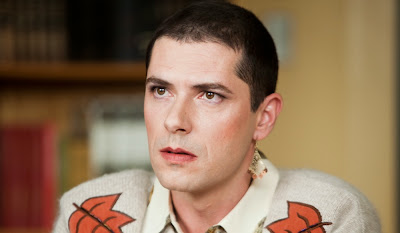 Laurence is a schoolteacher and a writer.  His stories and poems are beginning to become published, his students think he's great, he's about to turn thirty-five, and life is good.  One large part of his current happiness is Frederique, his live-in girlfriend.  Fred is in the film business, she is an artist at heart, a vivacious companion, a wonderful lover, and the pair are very happy together.  On the occasion of his birthday, Fred plans a trip for herself & Laurence to New York City.  She is extremely excited, a bit drunk, and wants him to share in her enthusiasm.  But Laurence is keeping a secret, a truth that he can barely share with himself and one that will tear apart his entire existence; work, friends, family, and most especially Fred.  No longer able to bare the guilt of the lie, he reveals to her his one unfulfilled desire in life; to become a woman.

And so begins ten years of struggle as Laurence attempts to come to terms with the transformation that he can't stop wanting.  As he begins to live the life of a woman, everything around him changes: the students at school stare, the parents of the children demand his dismissal, his friends on the staff fail to support him, his mother callously keeps him away from her life.  But the most important piece of Laurence's world has the most trouble accepting who he wants to become, who he feels like he has always been.  Fred can't leave and she also can't comfortably stay.  After the initial shock, she attempts to see Laurence as the person he is inside, loving him despite the way in which he now wants to dress and to be seen.  Her love for him is at times the only thing keeping him going, but as he continues his metamorphosis, she finds that her own life is spiraling out of control.  Through the years the pair battle to protect that fragile bond that they forged so long ago, trying desperately to hold on to what they used to have before everything changed. 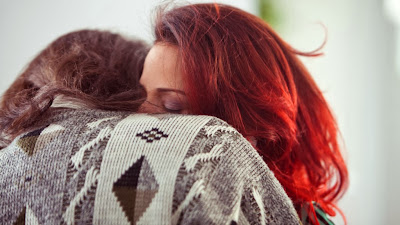 I don't think it would be exaggerating to call the acting in this film 'phenomenal'.  I'd be hard pressed to think of a duo who had more chemistry, more compatibility than these two, or who worked together as actors to push across the table a story that needed to be told.  The only couple that comes to mind is Ryan Gosling & Michelle Williams from Blue Valentine, an extremely powerful & emotional film that is amazingly acted.  That movie felt more real than most I've seen, and Laurence Anyways had that same feeling due to the talent & ability of the lead pair.  Melvil Poupaud, though a second choice for the role, was incredible as Laurence.  He was vulnerable, courageous, believable, and had the difficult task of convincing audiences that his portrayal of both characters was honest, either as a male or as a female.  He pulled it off somehow, allowing us to the see the person underneath the makeup and to relate to Laurence no matter the appearance.

But as great as Poupaud was, Suzanne Clement was better.  The role of Fred must have been so incredibly hard to pull off, this woman torn between the love she has for her man and trying to accept the fact that he no longer wants to be one.  She was literally awesome in this role, creating a character that I somehow related to, having known no great heartbreak.  She brought something special to the part, something undefinable that only the best actresses on the screen can ever dream of.  Perhaps she never reaches that pinnacle again, perhaps she laid it all out for us in this film, and if so we should consider ourselves lucky.  She was half of an amazing love story, one that went beyond male/female into the depths of the heart where true love lives.  The last time I can recall feeling this affected by a love story was with Brokeback Mountain, a film that portrayed unconventional but unarguable passion and one that I will never forget.

The only thing keeping this film from being in the same elite category as the other two I've mentioned was the directing.  Dolan's first attempt at cinema was so honest, so concise, so effortless.  But Laurence Anyways was, if anything, over directed.  The scenes didn't flow as quickly as they could have, the film didn't end as speedily as it should have.  I felt Dolan too much and not in the self-revealing way that I felt him in his debut.  He was just too heavy-handed and the film's high points were always when he stepped away and let his actors take control.  Then the emotion escalated, the scenes were charged, and I felt "it".  I didn't feel that the whole way through, and I wish I had, because this film could have been up there with the great modern romances.  It fell short, but not by much, and is still an excellent, artistic, captivating love story that I don't want to let go. 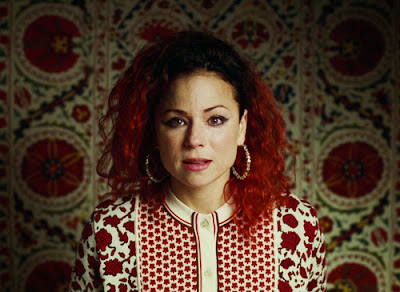 Video - With an aspect ratio of 1.33:1, the video was nice but not amazing.  It was shot using an Arriflex 435 and a Panavision Panaflex camera with Panavision lenses.  The film was set in the 90s and almost had the look of a movie from that time.  The visuals were better than the picture, as the director chose beautiful scenes over crystal clear shots.

Audio - The film was done in Dolby Digital, yet there are no audio options of the disc.  The language of the film is French with English subtitles and with a small amount of spoken English dialogue.  The sound quality is fine, with no obvious errors.  The music in the film is incredible, with a solid soundtrack and songs that fit the mood of the film very well.

Extras - There are a good deal of extras on the DVD.  Deleted Scenes with Introductions by Xavier Dolan is just that; fifty-six minutes of numerous deleted scenes with their cuts explained by the director.  Photo Gallery; two and a half minutes of stills from the film.  Laurence Anyways Trailer; a trailer for the film.  And finally Breaking Glass Trailers: Out in the Dark and I Do. 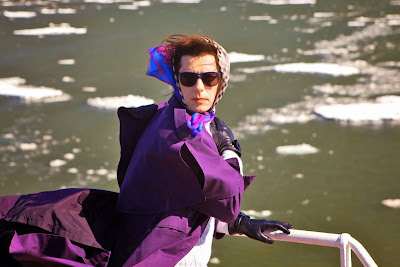 Highly Recommended.  Laurence Anyways is a stunning film, one that boasts some of the best acting you're likely to see and delivers a story that needs to be heard.  An incredible love story with amazing characters, this is a film that is little known but should be seen by all.  If the directing had just been a little softer, a little less indulgent, then this could have been up at the top of the list with some really amazing pieces of artistic cinema.  The video was fine, the audio quite strong, and the extras plentiful.  Don't pass on this film; you'd be missing out.