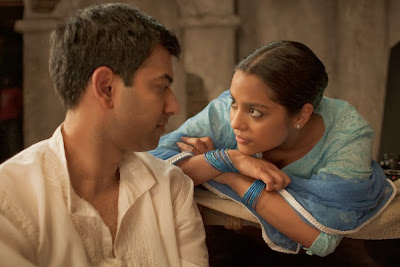 
I first became aware of Midnight's Children through The Daily Show.  Jon Stewart had a guest on his program name Salman Rushdie, the author of the novel that was being turned into this movie.  I remember being impressed by the amount of influence the writer was to have on the film; Rushdie would take his novel & turn it into a script with the help of the director of the film, Deepa Mehta.  The goal was to keep the movie as close to the book as possible and it seemed as if they would succeed.  Having not read the story I can't say how comparable the two versions are, but all involved seem happy with the transfer and the retelling.  The problem is that you can turn a book into a movie and get everything done right, but the story has to be good in the first place.  Judging it solely by the film & assuming they are similar, Midnight's Children must be a pretty bad book. 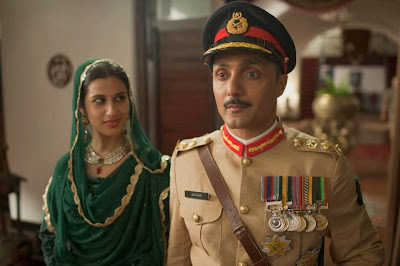 The story begins with the history of a family.  The main character, Saleem Sinai, can trace his roots deep into the heart of the country of India and its many changes throughout the years.  His grandfather, a doctor, met & married a beautiful young girl from a traditional family.  India was in the process of modernizing, and Saleem's grandparents epitomize the struggle between the old ways & the new.  They would have three daughters, raising them in a world where change was ever-present and India was attempting to define itself as an independent country.  Saleem's parents met, were married, moved into a mansion, and planned their family.  And it happened that Saleem was born on the exact moment that India gained its independence from Britain, making him a child of a new country and a representation of a new world.

But Saleem was not the the child of this family.  He & another boy, Shiva, were switched at birth, so that poor Saleem could grow up rich & Shiva, destined to be rich, would grow up poor.  Neither family knew the secret and Saleem grew up in a young & confused India that mirrored his own existence.  To complicate matters even more, Saleem began to have visions and to speak to others like him, those born into Indian independence; Midnight's Children.  Whether they were real or not Saleem could not say, but he could control them to some extent and call them when he wished.  One day Saleem had an accident and a blood test revealed that he was not his father's child.  The secret of his switch was not uncovered, but he was sent away and India began to grow up; the formation of Pakistan, the birth of Bangladesh, the wars that ripped the country apart.  And through it all Midnight's Children held their conferences, showing us the faces of a nation that was often painfully changing, finding its way with no guide, and slowly becoming a country of its own. 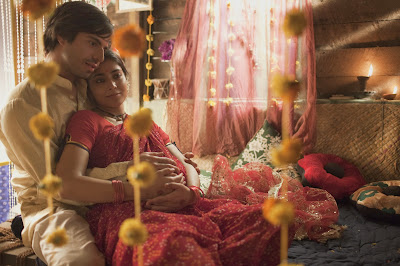 Looked at as a metaphor for the development of a modern India, this movie is very interesting and flows like a history lesson across the screen.  The characters define key moments in time & are at the heart of these great changes that all took place in a small span of years and were what shaped the nation we know today.  So from a historical perspective, Midnight's Children is a fascinating film that teaches through its story.  I could see its use in a classroom or as an exposure to a country that is ripe with political lessons.  The symbolism of the events was well thought out, well directed, and the movie became an educational timeline of the major events of a beautiful country.

But judged as a movie I found it lacking.  The first hour was excellent, with great storytelling and a solid foundation for what was a promising plot.  I was interested in the characters, the country was incredibly represented, and I was looking forward to meeting the main character & continuing on this fascinating journey.  The second half of the film fell flat.  Once we met the adult Saleem Sinai and began to follow him on what would become the bulk of the story, I found myself unsatisfied and missing all the great things I thought were coming.  The pace slowed way down, the action became less believable, the acting suffered, and the entire second half of the movie was disappointing.  The telepathic element of the story failed to grab my attention; it only served to take the characters out of history and into fantasy.  I know the story was just a representation of India, but I preferred the beginning when the characters were a part of the events, not metaphors for the undercurrents.

That said, there were also some strong points to the film.  The music was excellent, setting the scene and creating the correct moods.  The narration, especially in the beginning, was well done, and I usually strongly dislike narration of any kind.  The narrator was Salman Rushdie, so perhaps that helped.  The sets were beautiful & dramatic, as you might expect, but they weren't over-the-top, which was appreciated.  And even the acting was fine across the board, with no standouts either good or bad.  Taken as a whole, Midnight's Children was a well-crafted film that just didn't have the greatest base.  It didn't leave me wanting to read the book, it left me assuming that the book was more a great concept and less a well-written story.  The first half of the movie was quite good while the second half disappointed.  If you are a student of Indian history than there is a lot here that would appeal to you.  But if you're a movie buff, I think you're better off looking elsewhere. 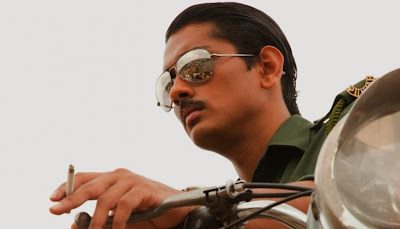 Video - With an aspect ration of 2.35:1, the video was crisp, clean, and visually appealing.  The film was shot using Arricam cameras with Zeiss Master Prime & Angenieux Optimo lenses.  The picture quality was very strong, with beautiful colors and well-crafted scenes.  The entire country of India was on display and the video supported a movie that was enjoyable to view.

Audio - The DVD was done in Dolby Digital, with a choice between 2.0 Stereo & 5.1 Surround.  The sound quality of the film was top-notch, with excellent mood music throughout that was well balanced and well timed. 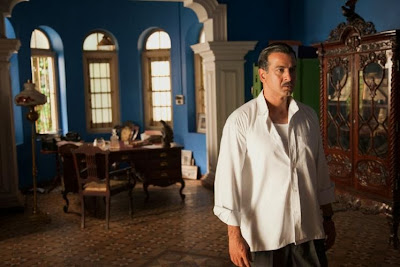 Rent It.  Midnight's Children is not a terrible movie.  Nor is it a masterpiece.  It is an interesting film about a pivotal time period in the history of a great nation.  There is a lot you could learn from this story and you can seen the love of India that Rushdie & Mehta must have shining through this project.  But when you pick it apart, the beginning of the movie stands up while the end falls apart.  Taken as a whole, there are problems with the plot & I can't imagine watching this film again.  The video quality was high, as was the sound, but there were zero extras.  If you care to try it just don't expect too much and you could have a fine evening with a mediocre movie.