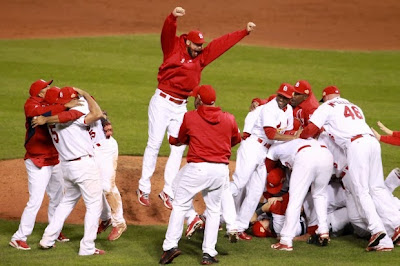 
When it came to baseball, my dad was always a St. Louis Cardinals fan.  He didn't grow up there, but it was his team as much as any native's.  Now, there are two types of sons: the rebels who would have rooted for the Cubs just out of spite and the ones who cheer for the same teams their dad always did.  I'm the latter, a Cardinals fan from birth.  I grew up watching them when they weren't that good, a drought in the 90s with no NL Pennants and obviously no World Series rings.  But I never gave up hope in the quality of my team, and finally they came through for me and other fans around the country.  With World Series trips in 2004, 2006, 2011, and 2013, the Cardinals were a legitimate force.  But they have also been so throughout the history of the game, a baseball dynasty with championships in its blood.  This DVD chronicles the greatest moments of the past eighty years, the titles of a team that has always been rich in talent and in history. 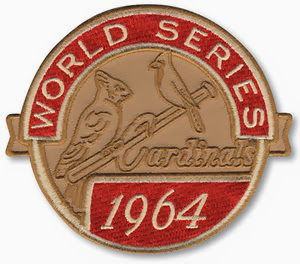 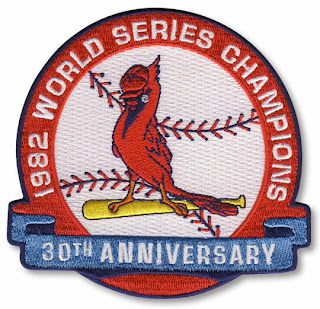 Watching Disc 1 is like a walk through baseball history.  The names that jump out from the screen are some of the greatest in the sport; Yogi, Whitey, Red, Enos.  To see the games being played one by one in that era is really fascinating and so very different from the game as it is today.  These classic games are etched in time and each led to where the St. Louis Cardinals are today as a franchise.  Any fan of this team or of the game can appreciate this rich history.  The DVD runs two hours and forty-eight minutes, with roughly 30 minutes given to each World Series.  They are not tied together in any way and can be watched separately or all in a row.  Each Series has its own feel, but they are all presented in a game-by-game manner, allowing you to follow along with the pace of play.

The feel of Disc 2 is slightly different because of the recency of events.  The names are still as big but they are modern characters, not legends yet: Carp, Waino, Pujols, Eckstein, Freese, La Russa.  For a Cardinals fan watching this disc it is a reminder of what just happened, a look back on the glory of winning and the thrill of success.  Some of these games are instant classics and will be remembered forever in baseball history, and the moments that defined them are captured forever and available to watch whenever the mood strikes.  This DVD also runs for two hours and forty-eight minutes, with roughly 80 minutes given to each World Series.  They are also not tied together and can be watched separately, but have the same feel & general delivery.  Both narrators are strong, with my preference being for Jon Hamm in the 2011 Championship video. 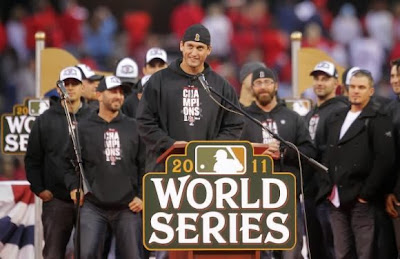 Audio - The audio was done in Dolby Digital English 2.0.  There are no sound options on either disc and no subtitles.  Again, of course the second disc has a better sound quality.

Extras - There are no extras with either DVD. 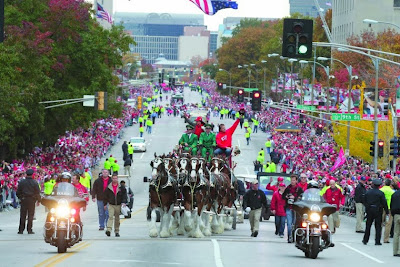 Rent It.  This is really only a collection for either Cardinals fans or extreme baseball enthusiasts.  That said, it's a must-own if you love St. Louis, as you can watch the moments of glory over & over again.  The championships are detailed nicely and kept separate for your convenience, which is nice, and the quality of the work put into the collection is strong.  The video is fine, the audio is passable, and there are no extras.  A DVD for the super-fan & for baseball aficionados.