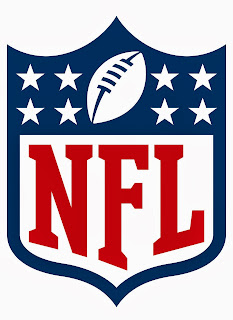 NO @ Atl - I would love to pick the Falcons here at home to upset the high flying Saints, but have you watched these two teams play?  They could not be on more different paths; Atlanta is playing through the season from hell while New Orleans looks like a Super Bowl contender.

NYJ @ Bal - I keep believing in Baltimore and they keep letting me down; you'd think I'd learn my lesson.  But the Jets are only posing as a good team, are coming off a horrible loss, and play bad on the road.  The Ravens are good at home & should have won a sloppy game last week.

Pit @ Cle - Big Ben & the Stillers have been heading in the right direction & finally scoring points after a rough start to the season.  But now they have to go to Cleveland to face a team that's not good but can play some defense.  Look for a close, cold, run-the-ball battle in this one.

TB @ Det - Head Coach Jim Schwartz lost the Lions their last game; he's a moron among morons.  But even he can't mess up this one.  Detroit likes to put up points and the Bucs just can't compete, even though they've won their last two games behind the masterful Mike Glennon.

Min @ GB - Even without Aaron Rodgers the Pack ought to be able to pull this one out.  The Vikings are winless on the road & have a complete mess at QB.  Adrian Peterson can't do everything & their defense is horrendous.  Look for GB to run the ball and try to win on the ground.

Jax @ Hou - What an ugly game.  Combined these teams are 3-17 and both have trouble scoring points.  The Texans started 2-0 but have since lost 8 straight but they can get back on track here if QB Case Keenum can keep it together, because the Jags have a horribly porous defense.

SD @ KC - The Broncos handed the Chiefs their first loss of the season last week, totally dominating in all phases.  I expect the KC D to play mad at home against another division rival & take out their frustrations on Phillip Rives.  Fine by me; I can't stand his accent, demeanor, or face.

Car @ Mia - This game scares me a little.  I've been a supporter of the Panthers from the beginning, but they had an emotional high last week, a lot of media attention, and now have to go on the road.  The Dolphins aren't pushovers and might just make a game out of this.

Chi @ STL - Remember what the Rams did to the Colts before their bye week?  They've had a lot of time to think about what they did right and I think they do it again to the Bears.  I'm not a McCown supporter and I think he'll crumble when the pressure is on; there's a reason he's a career backup.

Ind @ Ari - Despite their record, the Colts have been playing some very bad football, barely beating the Titans & Texans & losing to the Rams.  Arizona, on the other hand, is hot right now, winning three in a row and totally dominating at home.  I like the Cards as a playoff dark horse.

Ten @ Oak - This is one of those games that no one wants to watch.  Two 4-6 teams, both with backup QBs, neither scores a lot of points.  When in doubt go with the home team I guess, and especially after rookie Matt McGloin's performance last week.  Is he the Raiders' future?

Dal @ NYG - Like I said, when in doubt pick the home team.  Also, the Giants are hot right now, winning their last 4 games.  Add in the fact that the Cowboys always seem to crumble when there's the least amount of pressure and you've got a game that's surprisingly easy to pick.

Den @ NE - I don't like doing it, and it's the first time I've done it all season, but I'm going to have to pick against my Broncos.  They are the best team in football, no doubt, but the Pats are undefeated at home, are playing mad after a loss, and know how to get the job done under the lights.

SF @ Was - This should be a great game, if only because both teams are desperate.  The Niners are fine record-wise, but they need a boost after having lost 2 in a row.  The Skins are a mess; their defense is awful, RG3 is lost, and Shanahan is suddenly feeling some warmth when he sits down.
Posted by Olie Coen at 10:09 AM