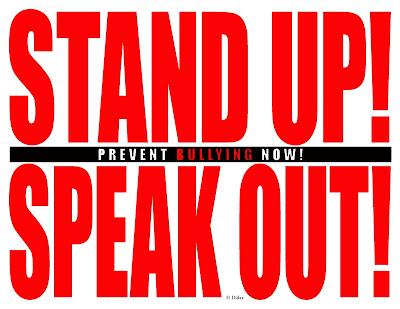 If you follow the world of sports you've probably heard the Jonathan Martin/Richie Incognito story.  Basically, Martin has quit football because of repeated harassment from Incognito and other Miami Dolphins players.  All the details have yet to come out, but it seems as if the macho guys of the team took the quiet Martin under their wing and preceded to torture him.  Now, maybe they were doing it out of "love", maybe he was too sensitive, maybe it just went too far, maybe he should have said something if he felt uncomfortable, but the fact remains that one player felt harassed and the whole team is now suffering because of it.

But this topic goes beyond football.  It opens up the conversation about hazing in sports and the secrets that must exist within locker rooms, but the subject is now broader than just the NFL.  This is just another example of the bullying that goes on behind closed doors than no one other than the bully & the victim ever know about.  It happens in school, in sports, at work; bullying is a major problem, and apparently it's not only young people who suffer.  This Dolphins story sounds incredibly like high school, and we can only imagine that a lot of people who bully in their youth never really grow out of it.  So let's talk about bullying & what we can do about it.

Some people are saying the Martin should have stood up to Incognito, that he should have punched him if he felt that he was being abused.  Umm, since when has hitting someone been a great way to solve problems?  And since when has every person been expected to be confident enough to face their bully & challenge them to stop?  Some people are quiet, some people are shy, some people have very low self-esteem.  Is it their fault that they're being picked on?  No.  The victim in not responsible for their bully's actions.  They don't deserve it, they don't have to "man up", the bully is to blame, not the victim.

However, people being bullied do have some responsibility.  If they don't speak out, if they don't stand up, the bullying will not only continue but new victims will be chosen.  People who are being harassed have to stop it now or others will suffer.  And so, however unfair, victims have a responsibility to future victims to do something; face their bully, tell an authority, stop the cycle before someone else suffers just as they have.  As a person who was picked on in school, I know how it feels.  I know how small you can feel when you're hit, laughed at, made to believe that you don't matter.  And the only way that that is going to stop is if people stand up to their bullies & force a change to be made.  It's not easy, it's not something you asked for, but it's a responsibility that you have and you're the only person who can make a difference.
Posted by Olie Coen at 10:39 AM